With ambitious plans for Prahran, we are thrilled to announce the appointment of multi-award-winning architecture and interior design studio, Cera Stribley, to lead the design on our new Prahran project, opposite the iconic Prahran Market. Set to transform the sought-after location at 182-194 Commercial Road on the corner of Izett Street, the appointment follows the lodgment of the planning application with the Local Government this week.

Honouring the existing heritage building on-site and the wider historical elements of Prahran, Beulah’s proposed development will introduce Prahran to a stylish, multi-faceted lifestyle precinct that reflects the cultural history of the area, including the prohibition-era’s speakeasy-style establishments, while representing the era, society and values of the time.

Spanning across eight levels and boasting 5,000sqm of saleable area, the development will comprise retail and food and beverage offerings on the ground floor, connected via a double height atrium with natural skylights and lush vegetation, commercial offices on Level 1 and, perhaps the project’s most unique feature, an underground food and beverage offering on the first level of the basement – a nod to the site’s speakeasy-era history. Details around the curious culinary offering are yet to be announced.

The proposed bar draws from the Prahran Market’s architectural design as a physical symbol of the era it was built in, allowing for a discrete extension to the heritage listed building. The proposed journey will begin via a speakeasy entry sequence, inviting visitors into a charming hide-out.

Crowning the development is a planned 3,500sqm of dedicated residential space, boasting 39 well-appointed one, two and three-bedroom apartments across six levels, including access to rooftop terraces. A soft, elegant expression that is recessive yet beautiful in its simplicity so as not to draw much attention from the heritage building on site, the apartments will be ‘veiled’ by a sleek, minimalist, perforated screen facade, which will be operable to allow for varying conditions whilst improving environmental sustainable design performances. This seamless design aims to become the canvas as the backdrop to Prahran’s existing urban fabric.

Beulah Executive Director Adelene Teh looks forward to bringing the concept to life pending approval of the plans.

“Prahran is founded on a rich cultural tapestry, heavily influenced by the industrial and Victorian eras; together with Cera Stribley, we thoroughly enjoyed the process of exploring and honouring this history in producing a remarkable offering that will add immense value to the area.

“We are excited at the prospect of unlocking the true potential of this inner-city pocket, while complementing the renowned Prahran Market via retail, dining and public amenity, coupled with an unprecedented residential offering.”

Chosen for its wealth of experience and knowledge within the Stonnington area, Cera Stribley Managing Principal Domenic Cerantonio said the practice was excited to work alongside Beulah on its Prahran offering.

“After working in the precinct for 20 years, it is an honour to be selected by Beulah to help deliver such a significant project for Prahran. Through our work, we aim to create a sense of place that brings architecture and community together and this project is a prime example,” he said.

The Prahran project’s focus on honouring history and culture comes as Beulah recently announced that the globally-revered Centre Pompidou will contribute to the invention of an innovative cultural centre for young people, as part of the highly ambitious vertical city, STH BNK By Beulah. 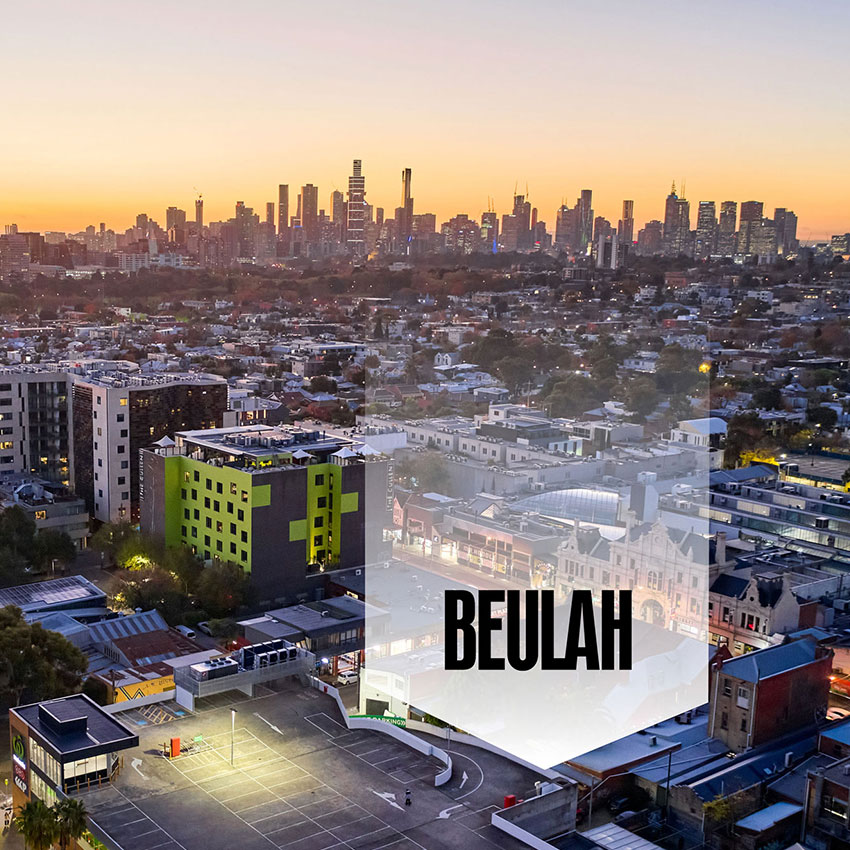 London City Guide
With Dom Cerantonio, Cera Stribley
In everything Beulah undertakes, we are defined by civic-minded responsibility, rigorous research,…