Is it time to decelerate our daily lives?
Slow Living in an overloaded society

Slow Living in an overloaded society

We are truly living in a fast-paced world. Whether it’s working through the to-do list at work, or ticking things off the bucket list of things at home, we’re always in a constant state of doing. This may simply be an internalised feeling. But perhaps, our environment is causing us to feel that way. 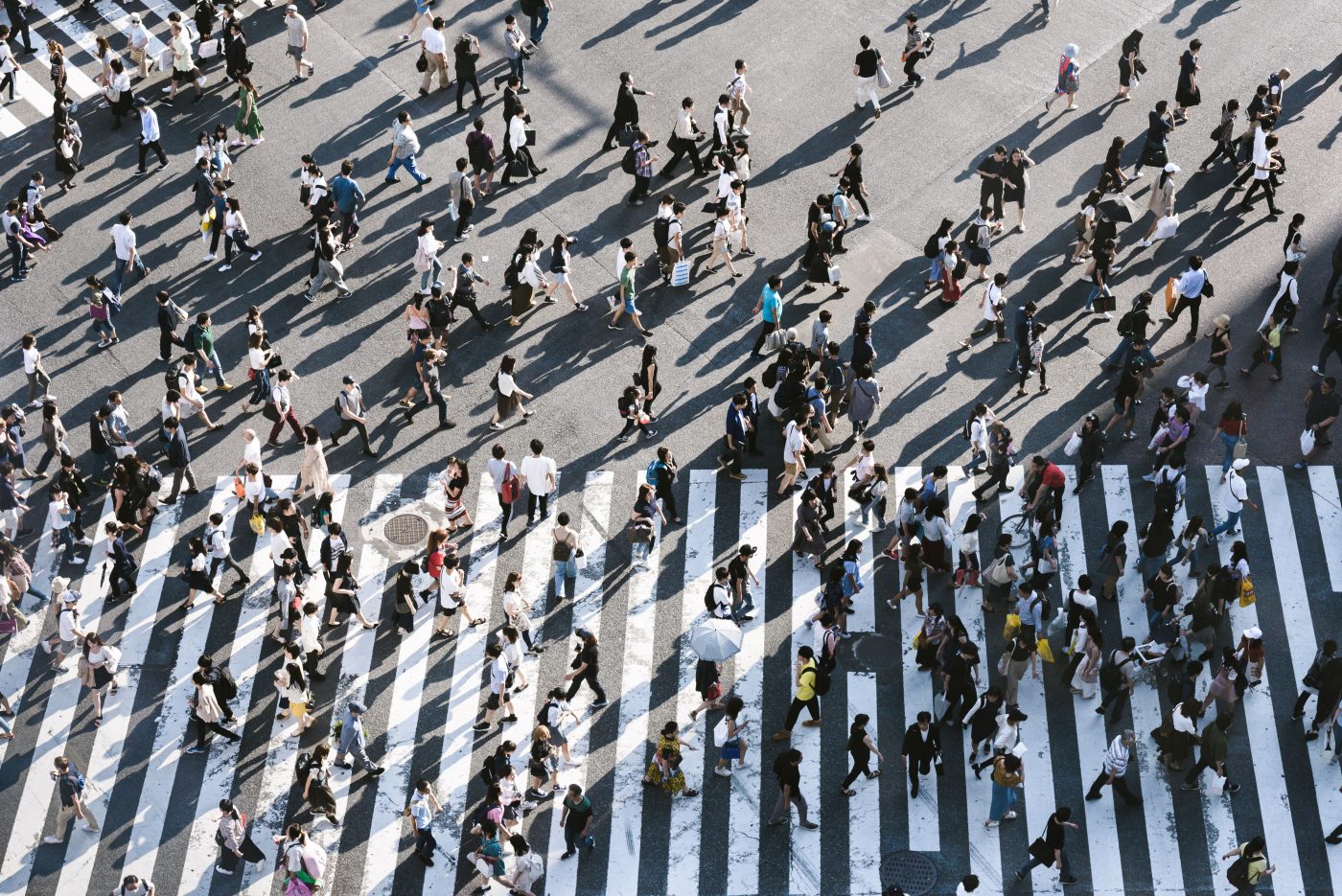 In 2007, the British Council commissioned a study to observe the walking speed of pedestrians in 32 cities. In this study, Professor Wiseman  and his research team recorded how long it took 70 individuals, who were unencumbered by phones and shopping, to walk approximately 20 metres in a reasonably clear walkway in the city centre. Singaporeans were found to be the world’s fastest movers and took 10.55s to cover 20 metres. Danish in Copenhagen came in second at 10.82s, and Spanish in Madrid took 10.89s. Comparing these figures with an 1999 study by Levine and Norenzayan, our pace of life has sped up by about 10%!

While this increase may be usual for a modern and developed city, there is a cause for concern with the rising need for speed. As Professor Wiseman stated in the research, “As people speed up in their lives, they are not eating properly, exercising or seeing friends and family. All these things can lead to all kinds of things, especially heart attacks.” Perhaps Slow Living, an emerging perspective on living, acts as a countermeasure to our fast-paced world.

Here, ‘slow’ does not mean to reduce speed or to increase the length of time. Instead, it is about being the present and experiencing time for all it has to offer.

This is where design plays a vital role in nurturing such a lifestyle. When we were researching for The Grounds of Kew project, we found that Pallasmaa, a Finnish architect who was also a Professor of Architecture at Helsinki University, wrote about this role profoundly in his books and essays. Similar to how good designs are often invisible, the concepts of Slow Living are described implicitly through a lens of architectural experiences. Here, he urges designers to surpass the idea of architecture based on the visible form, and to delve into how spaces shape our experiences. 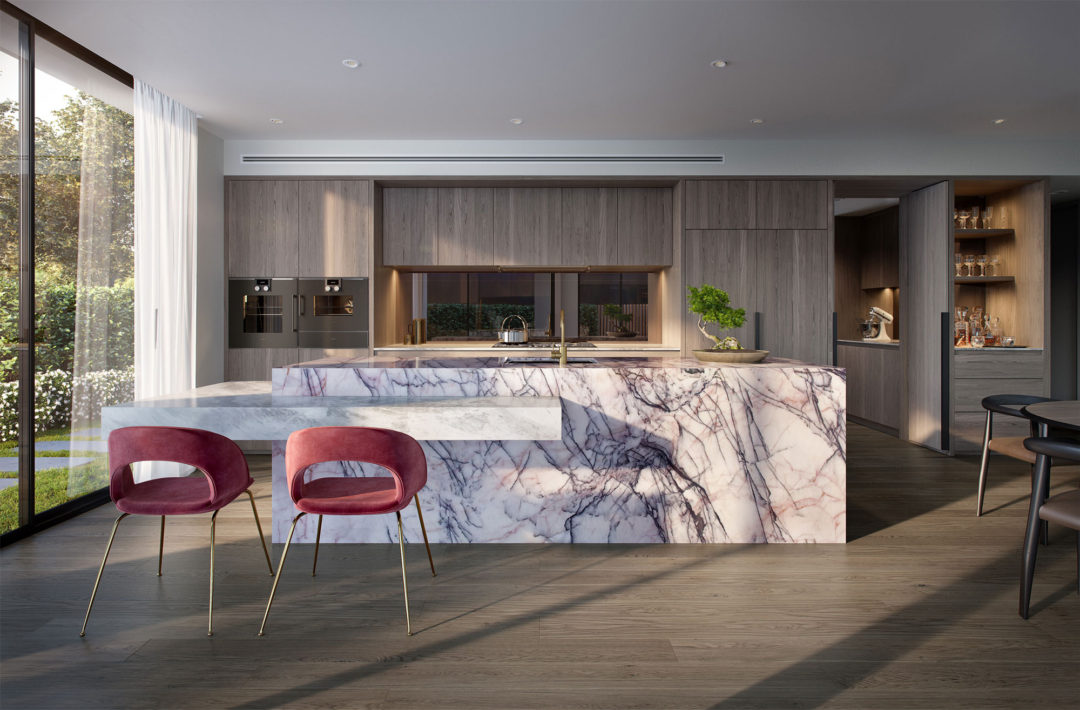 Since our objective for The Grounds of Kew was to create designs for the enjoyment of life, we implemented his ideas into two key areas in residential design. The first was in the kitchen, where we combined the kitchen counter with the breakfast benches. This transforms the simple act of preparing meals into an activity that the entire family can partake in. Children can sit at the breakfast benches to watch their parents prepare meals, and parents can pass down family stories about the cooking traditions inherited from their parents. 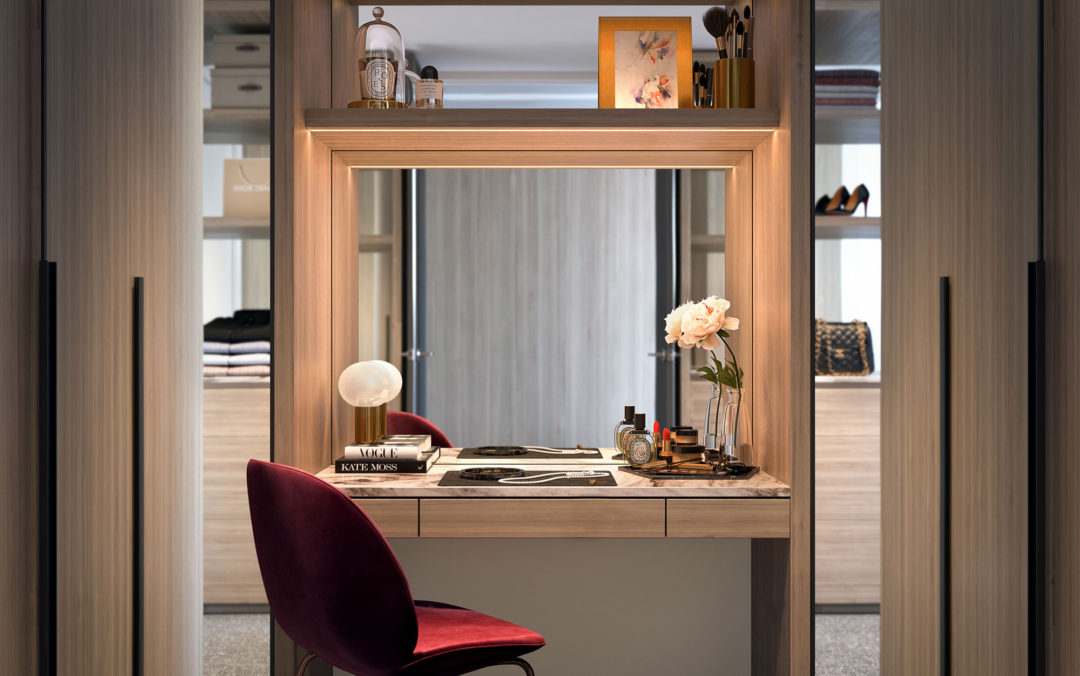 Aside from incorporating the idea of Slow Living in the public kitchen area, we also used it to examine another key yet often overlooked area – the wardrobe. While many designers treat the wardrobe area as a space to store clothes, we see it as a space to perform personal morning rituals to prepare individuals for the day. By including makeup tables and mirrors designed for 360 degree views in the walk-in-robes, residents have ample space to immerse themselves into the experience of their own preparation rituals.

While there are many alternative ways of practicing Slow Living, these are some of the tangible ways we see how architecture can help its residents reap the rewards of Slow Living without having to consciously change their current lifestyles.

Here at Beulah, our projects are driven by investigating thinking and the pursuit for design and research innovation. Through these insights, we create transformational spaces and experience for present and future generations.

We transform this thinking into action for The Grounds of Kew.

"It looks fantastic on the outside, and not just fitted out on the inside. It's first-class...and I love the marble and the natural stone. We love that they offered the choice of what sort of scheme you'd like and I liked the moody, relaxed, glam part of that dark granite and joinery."

"The Beulah team has helped guide us through the steps, have been accessible throughout the process and update us monthly on construction. All very much appreciated."

“The outdoor areas are much larger than the norm, allowing for mature plantings to establish a sense of age. Plant-life becomes part of the building itself, blurring the lines between architecture and nature”

“Two years ago, we went for a walk and wandered into the ‘The Grounds of Kew’ display suite. We knew fairly quickly what that next step for us was. We secured a three-bedroom apartment and the next part of the plan was hatched."

“We have considered not only those who will live here but how they will live here, with a focus on taking everyday experiences and making them exceptional”

Exploring the future of circular fashion with Kit Willow
Transforming the inside and outside of the city’s Hanover House and bringing it to life, BETA By STH BNK is an experiential event programme,…

A revolutionary ventilation system for STH BNK By Beulah

Beulah FreshAir
Residents of STH BNK By Beulah will have access to the freshest, healthiest and cleanest air in any Australian residential skyscraper, thanks to Beulah…

The Art and Culture of Tomorrow
A project of unprecedented scale for Melbourne, STH BNK By Beulah brings together leading figures in international design and placemaking to create a world-class,…